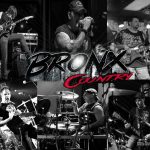 Are you ready for some live music?! Bronx Country will perform live at Shooters on the Water (1148 Main Ave. Cleveland) this Friday Jun 5 at 9 p.m. Bronx Country returns to Shooters on the Water! Jason Aldean, Brantley Gilbert, Randy Houser, Brooks and Dunn, Travis Tritt, Chris Stapleton, Jake Owen, Lynyrd Skynyrd, Luke Combs, etc! Put your boots on and kick the pop out of country with us! For more information, please visit https://www.facebook.com/events/213058646546998/.   For more fun things to do in Cleveland this week, check out the latest issue of Fun10Cleveland.   Read More

10 Fun Things To Do Week of May 10th: Virtual Wine Tours, Yoga, Music and MORE! 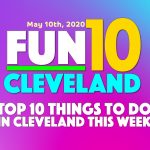 OnCleveland.com proudly presents a brand-new new feature, FUN10, a list of the top 10 things to do in the Cleveland this week, and every week! Every Sunday, we’ll drop a new FUN10, to give you a head start on your week and a heads up on what’s going on over the coming seven days. Check out FUN10 every Sunday for the details on ten awesome events happening around town. It’s a cool read, and a great way to get started planning your entertainment for the week. Due to the cancellation of so many regularly scheduled events in Cleveland – with more coming in every hour – we’re focusing this... Read More

There might be snow… there might be sun, but this is Cleveland and we’ve come out to play in the middle of winter! Brite Winter celebrates its 10th year of music, art, fire and fun this Saturday Feb 23 from 3 p.m. – 1 a.m. at West Bank of the Flats (1153 Main Avenue Cleveland). Brite Winter is the premier Cleveland event between New Year’s Eve and St. Patrick’s Day and a showcase for Northeastern Ohio’s artists, musicians, and creative culture. As a community funded and organized event, all of the official programing is free and open to the public! With three outdoor stages, two indoor... Read More

Award-Winning Ginger Pangas Coming to Alex Theater at The 9! 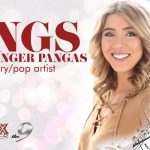 ALEX Theater (The Metropolitan at the 9, 2017 East 9th Street Cleveland) is proud to present Ginger Pangas to the stage with love songs for all, this Friday Feb 8 from 8 – 10 p.m. Ginger Pangas is an Ohio Award Winning Country/Pop Artist. A down-to-earth girl from Copley, Ohio, Ginger has loved singing and performing ever since she was a little girl. At the early age of 8, she began entertaining friends and neighbors with her voice. Her song Country Beach, now available on iTunes was voted Best Country Song in Ohio in 2015. Her songwriting and vocals brings audiences from all over waiting to... Read More 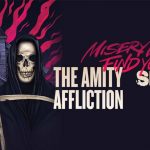 Lettuce Brings Funk and Groove to House of Blues 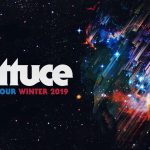 Hey Cleveland, are you ready to get FUNKY?! Enjoy An Evening with Lettuce, as they bring their Vibe Up Tour to the House of Blues (308 Euclid Ave Cleveland) this Wednesday Jan 23. Doors open at 8 p.m. and the music begins at 9:15 p.m. For more than two decades, Lettuce have brought a new vitality to classic funk, matching their smooth and soulful grooves with a hip-hop-inspired urgency. Their latest offering, Mt. Crushmore EP, showcases the exceptional musicianship and improvisational, rhythmic genius that fans have come to expect. Once again co-produced by Grammy-nominated producer, Joel Hamilton... Read More

Death Cab for Cutie at The Agora 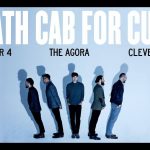 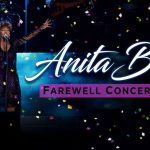 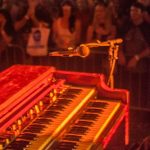 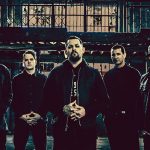 Good Charlotte heads to The Agora (5000 Euclid Ave Cleveland) this Sunday Oct 28. Doors open at 6 p.m. and the show begins at 7 p.m. Formed in the late ’90s, Maryland pop-punk outfit Good Charlotte made their mainstream breakthrough in 2002 with raucous hits like “The Anthem” and “Lifestyles of the Rich and Famous.” Influenced by Minor Threat, Rancid, and Green Day, the quintet made a splash on MTV with their youthful, rebellious videos, finding crossover success in both the pop and rock markets. As members became fathers and the scene evolved, they matured into genre... Read More