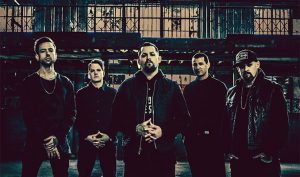 Formed in the late ’90s, Maryland pop-punk outfit Good Charlotte made their mainstream breakthrough in 2002 with raucous hits like “The Anthem” and “Lifestyles of the Rich and Famous.” Influenced by Minor Threat, Rancid, and Green Day, the quintet made a splash on MTV with their youthful, rebellious videos, finding crossover success in both the pop and rock markets. As members became fathers and the scene evolved, they matured into genre vets in the late 2010s as nostalgia sparked a pop-punk revival.

After performing at the memorial for emo rap icon Lil Peep, who died from a drug overdose at 21, Good Charlotte were inspired to step up as “older brothers in the scene” and tackle the opioid crisis, self-medication and the underlying battle with mental illness on their newest album, Generation RX, released a couple months ago.

Ticket prices range from $38 – $53.50 and can be purchased online at https://www.ticketweb.com/event/good-charlotte-the-agora-theatre-tickets/8513025?pl=agora.

Tess Abney
Tess Abney is a freelance writer who was born and raised in the Quad Cities. She spends most of her time attempting to successfully raise three boys. In her free time, writing is her passion. Whether it is sharing local events and businesses with readers or sharing her thoughts on life, she finds comfort in the way words can bring people together.
Tagged: ClevelandEventsGeneration RXGood CharlotteLive MusicThe AgoraThings To Do