Home » Posts Tagged "Master of None"

Posts Tagged With ‘ Master of None ’ 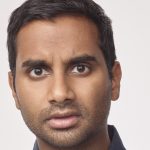 Whether you know him from TV, the Big Screen on Onstage- there is not doubt that Aziz Ansari is one funny guy! Check out Aziz Ansari live at the KeyBank State Theatre at Playhouse Square (1501 Euclid Ave Cleveland) this Friday Nov 2 at 7 p.m. Aziz Ansari started performing stand-up in New York during his college years. In 2007, he debuted his first comedy series, Giant Human, on MTV. Ansari landed a supporting part on the popular sitcom Parks and Recreation in 2009, which ran until 2015. That same year he launched Master of None and went on to snag Emmy and Golden Globe wins for his work on the... Read More