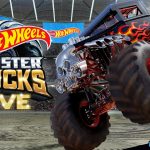 Have you ever wondered what it would be like if your Hot Wheels came to life? Don’t miss Hot Wheels Monster Trucks Live at Wolstein Center at Cleveland State University (2000 Prospect Ave E Cleveland) this Saturday Jan 12 at 1:30 p.m. and 7:30 p.m. and Sunday Jan 13 at 1:30 p.m. Hot Wheels Monster Trucks Live brings everyone’s favorite Hot Wheels monster trucks to life, combining Hot Wheels’ iconic jumps and stunts with epic crashing and smashing to deliver an exhilarating family entertainment experience for kids of all ages. The show also features Megasaurus, the car-eating, firebreathing... Read More 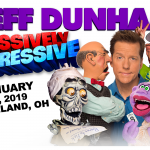 Jeff Dunham returns to the Wolstein Center at Cleveland State University (2000 Prospect Ave E Cleveland) this Thursday Jan 10 at 7 p.m., with his Passively Aggressive Tour! Come see all of the fan favorites including Walter, Peanut, Achmed, Jose! Jeff Dunham is a ventriloquist and comedian who has also appeared on numerous television shows, including Late Show with David Letterman, Comedy Central Presents, The Tonight Show and Sonny With a Chance. He has six specials that run on Comedy Central: Jeff Dunham: Arguing with Myself, Jeff Dunham: Spark of Insanity, Jeff Dunham’s Very Special Christmas... Read More 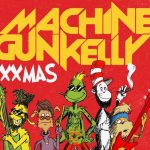 Cleveland’s own, Machine Gun Kelly, brings his XXMAS Show back for the second year in a row! Catch Machine Gun Kelly’s XXMAS Show this Saturday Dec 22 at the Wolstein Center at Cleveland State University (2000 Prospect Ave E Cleveland). The party kicks off at 7 p.m. Last year’s sold-out extravaganza is bound to be even better this time around! After a year filled with rap battles and what not, Machine Gun Kelly returns to his roots in Cleveland to celebrate the holidays. Ticket prices vary from $22.50 – $80.50 and can be purchased online at http://www.wolsteincenter.com/event/machine-gun-kelly-2018/. Don’t... Read More

Get LIT AF at Wolstein Center 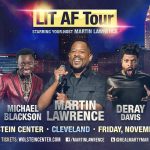 Martin Lawrence is LIT AF in 2018, and he’s coming to Cleveland to prove it! The LIT AF Tour will be making a stop at Wolstein Center at Cleveland State University (2000 Prospect Ave E Cleveland) this Friday Nov 9 at 8 p.m. The legendary standup and actor is back with a hilarious new set of material, and he’s inviting along friends like Jay Pharoah, DeRay Davis, Rickey Smile, Deon Cole, and Michael Blackson to make sure his show is the funniest one of the year.  “Being on the road with this group of funny AF comedians is a blast,” Lawrence said while discussing the trek.... Read More 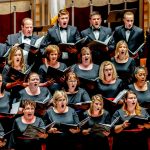