Trivium Taking Over House of Blues 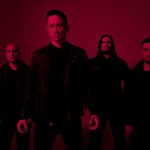 Until the World Goes Cold, there’s no excuse to miss heavy-metal band Trivium this Tuesday night. Trivium, along with Avatar and Light The Torch, brings The Sin and The Sentence World Tour to House of Blues (308 Euclid Ave. Cleveland) this Tuesday Oct 16. Doors open at 6:30 p.m. and the show begins at 7:30 p.m. This is an all ages event.  Trivium, from Orlando, Florida, formed in 1999. After getting signed to Roadrunner Records in 2004, the band has released eight studio albums and over twenty singles. Their latest album, The Sin and the Sentence, was released on Oct 20, 2017. The band has sold... Read More