Trivium Taking Over House of Blues

Until the World Goes Cold, there’s no excuse to miss heavy-metal band Trivium this Tuesday night.

Trivium, along with Avatar and Light The Torch, brings The Sin and The Sentence World Tour to House of Blues (308 Euclid Ave. Cleveland) this Tuesday Oct 16. Doors open at 6:30 p.m. and the show begins at 7:30 p.m. This is an all ages event. 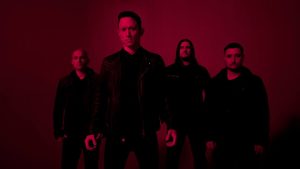 Trivium, from Orlando, Florida, formed in 1999. After getting signed to Roadrunner Records in 2004, the band has released eight studio albums and over twenty singles. Their latest album, The Sin and the Sentence, was released on Oct 20, 2017. The band has sold over one million albums worldwide. Their style has evolved over the years: from their earliest work on Ember to Inferno right through to In Waves, there is a clear thrash influence from Metallica and Machine Head, as well as some early In Flames. Trivium’s music mixes “soaring” and “crushing” riffs, dual guitar harmonies, double bass drum patterns and occasional blast beats and breakdowns that one can expect from the metalcore genre. Vocally Trivium combines both singing along with heavy screaming and growls. Trivium is one of the notable New Wave of American Heavy Metal acts.

Advanced general admission tickets are $29 and $34 on the day of the show. Reserved balcony tickets are $40. You can purchase tickets online at https://www.ticketmaster.com/trivium-house-of-blues-cleveland-presented-cleveland-oh/venueartist/41724/962593.

Tess Abney
Tess Abney is a freelance writer who was born and raised in the Quad Cities. She spends most of her time attempting to successfully raise three boys. In her free time, writing is her passion. Whether it is sharing local events and businesses with readers or sharing her thoughts on life, she finds comfort in the way words can bring people together.
Tagged: AvatarClevelandEventsHouse of BluesLight The TorchLive MusicThe Sin and The Sentence World TourThings To DoTrivium