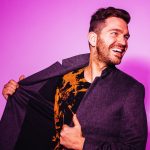 Andy Grammer brings The Good Parts Tour to the House of Blues! Don’t miss this week’s live performance from Andy Grammer, along with support from John Splithoff and Josie Dunne, at the House of Blues (308 Euclid Ave Cleveland) this Thursday Oct 4 at 7 p.m. Grammer started as a busker on the Third Street Promenade in Santa Monica and later performed in the Viper Room. He was discovered by his manager Aeety in July 2009 and signed with label S-Curve Records in April 2010. Grammer’s popular songs include: “Honey, I’m Good”, “Keep Your Head Up”, “Fine By... Read More