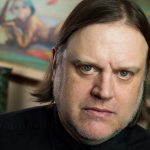 Matthew Sweet, along with opener Rumbling Spires, is performing at The Beachland Ballroom and Tavern (15711 Waterloo Rd Cleveland) this Friday Jun 22 at 7:30 p.m. After spending the ’80s as an up and coming jangle pop guitarist with Oh-OK, Lloyd Cole, the Golden Palominos and in his own band, Buzz of Delight, Matthew Sweet emerged in 1991 as the leading figure of the American power pop revival. Sweet’s third album, Girlfriend (1991), became a word-of-mouth critical and commercial hit over the course of 1992, with its title track reaching the Top Five on the Modern Rock charts. Sweet’s... Read More