Jesse McCartney is Better With You 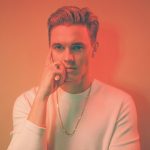 Whether you first met him on-screen or heard him on the radio, there’s no question that Jesse McCartney is a very talented actor and musician. Now is your chance to see him perform in the flesh! Jesse McCartney is bringing his Better With You US Tour to the House of Blues Cleveland (308 Euclid Avenue Cleveland) this Thursday Jul 5! Doors open at 6 p.m. and the show begins at 7 p.m. This talented singer, songwriter, and first achieved fame in the late 1990’s on the daytime drama All My Children as JR Chandler. He later joined boy band Dream Street, and eventually branched out into a solo musical... Read More