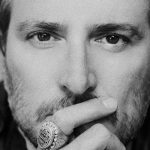 Ohio’s hottest ordained minister is heading to the House of Blues. Butch Walker, with support from Indianola, will be performing live at the House of Blues (308 Euclid Ave Cleveland) this Tuesday Sep 25. Doors open at 7 p.m. and the show begins at 8 p.m. After gaining a brief taste of major-label success during the ’80s and ’90s — particularly with Marvelous 3, whose single “Freak of the Weak” became a modern rock hit in 1999 — singer/guitarist Butch Walker traded his bandmates for a solo career. Meanwhile, he also established himself as an in-demand producer... Read More