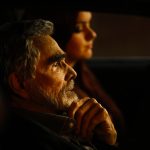 The Last Movie Star turns a bold and daring eye on an aging Burt Reynolds and never looks away. Writer-Director Adam Rifkin has crafted a tribute to the movie star Burt Reynolds and a deconstruction of the actor and person Burt Reynolds. It’s a strange and fascinating piece that is equal parts funny, emotional and sit-comic. Reynolds is rather incredible throughout even as the direction lets him down here and there. Vic Edwards (Reynolds) was once the biggest movie star in the world. That was a long time ago. Today, Vic is a lonely has been in a large house whose dog just died. No, lie the opening... Read More