‘Pacific Rim Uprising’ Could Use A Little Humor

Pacific Rim is from that part of Oscar winning director Guillermo Del Toro that we’ve all agreed to ignore, alongside the Hellboy movies and Mimic. It’s not that Pacific Rim is bad; rather that it is a tad undignified compared to the awards caliber work he gave us before moving to Hollywood and now his Oscar winning triumph, The Shape of Water. It will always be better to remember the visionary work of Pan’s Labyrinth and ignoring the time he played with his toys on a multi-multi-multi-million dollar budget.

Pacific Rim Uprising is, no surprise, not directed by Del Toro as he was distracted from his toys by a lovely love story that happened to be about a woman and fish Jesus. Del Toro has leant his name to the marketing of the Pacific Rim sequel as Executive Producer but it is television veteran Stephen S. DeKnight playing with Del Toro’s this time and having a great deal more fun than we are watching him play.

John Boyega is front and center as Jake, the star of Pacific Rim Uprising, taking the mantel from Charlie Hunnam and Idris Elba whose characters have been killed off screen as we join the story. Elba’s Stacker Pentacost was Jake’s father and Jake was his constant failure. Jake was a washout from the Jaeger patrol, Jaeger’s are the giant robots humans pilot in the battle against Kaiju, giant monsters from another dimension.

Jake is brought back into the fold by his adopted sister Mako (Rinko Kikuchi, one of the few returning cas tmembers from the 2013 film) who wants him to train the next generation of Jaeger pilots alongside his former partner turned rival, Ranger Lambert (Scott Eastwood, trying hard to out-squint his legendary daddy). Among the new Jaeger pilot recruits is a young named Amara (Callee Spaeny), who built her very own Jaeger out of scrap. 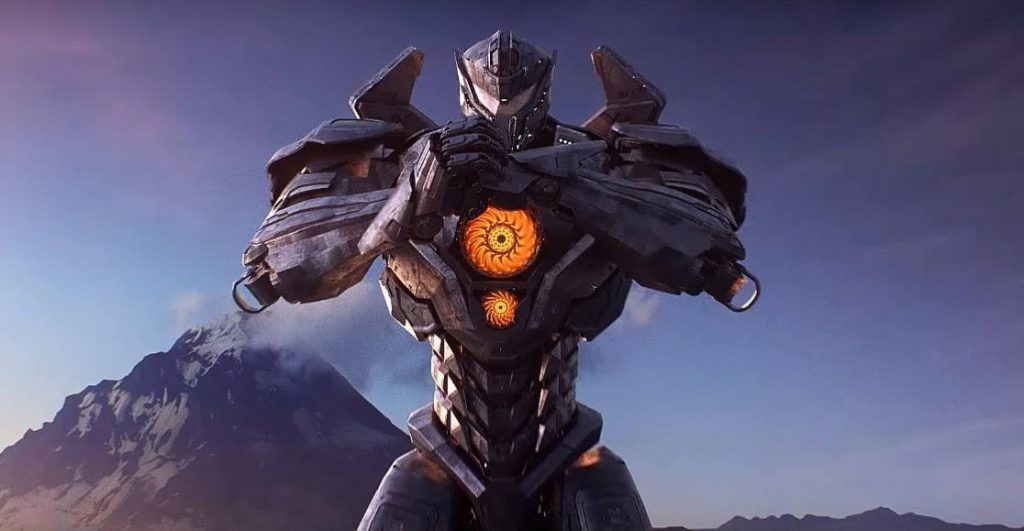 Director Stephen DeKnight, who, it should be noted, did remarkable work on TV’s Buffy the Vampire Slayer and its spinoff, Angel, fails to take control of Pacific Rim Uprising. Instead of establishing a tone that is funny and in tune with the silliness of the first film, Pacific Rim Uprising plays everything straight and the thin premise can’t bear the weight of the emotion Uprising wishes it were evoking in audiences.

Note to the makers of giant robot vs giant monster movies in the future: make it funny. We are never not going to laugh at this stuff so lean into the pitch and stop trying to make us take your story or characters seriously. Pacific Rim does try to packs in some jokes, mostly at the expense of Boyega’s Jake’s inflated ego, but the insistent action score and the self-serious performances of everyone else in Pacific Rim Uprising keeps everything flat and mirthless.

It seems impossible that one could watch a giant robot versus giant monster movie and not have fun but here we are with Pacific Rim Uprising. This sequel is at times genuinely unpleasant. The one big laugh the film gets is one that the makers likely did not intend and the fight scenes that were skillful and silly in the original are miserably clumsy exercises in sub-Transformers, derivative, CGI slop. 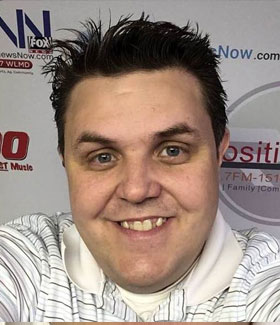 Sean Patrick
Sean Patrick has been a professional Film Critic for over 17 years and a voting member of the Broadcast Film Critics Association since 2010 and Broadcast Television Journalists Association since 2015. Sean's reviews are heard on stations across Iowa and Illinois and his podcast Everyone's a Critic Movie Review Podcast has been going strong since 2014. Follow Sean on Twitter @CriticSean. "The Dude Abides"
Tagged: Charlie Dayguillermo del torojohn boyegaOscarsPacific RimPacific Rim UprisingStephen S. DeKnightThe Shape of Water