Post Malone is heading to Jacobs Pavilion at Nautica (2014 Sycamore St. Cleveland) this Saturday Jun 2 at 8 p.m. This is an all ages, all weather event. Gates open at 7 p.m.

Fresh off their no. 1 hit “Rockstar,” rappers Post Malone and 21 Savage are hitting the road this spring for a 28-city tour that includes a stop at Jacobs Pavilion at Nautica. West-coast based hip hoppers SOB x RBE will serve as the opening act.

Post Malone’s most recent album, Beerbongs & Bentleys, was just released on Apr 27. Within the first week it went no. 1 on the Billboard 200, selling an equivalent of 461,000 units. The album was streamed 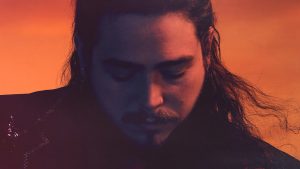 431 million times, making it the most streamed album in one week of all time when it was released.

Austin Richard Post (who created the name Post Malone by putting his last name in a ‘rap name generator’) spent most of his childhood in Grapevine, Texas. His father, previously a disc jockey, became the manager of concessions for the Dallas Cowboys. In high school, Post was voted ‘Most Likely to Become Famous’. Well, they sure called that one right!

Ticket prices vary for this show and can be purchased online at https://www.ticketmaster.com/post-malone-jacobs-pavilion-at-nautica-formerly-cleveland-oh/venueartist/40979/2119390.

Tess Abney
Tess Abney is a freelance writer who was born and raised in the Quad Cities. She spends most of her time attempting to successfully raise three boys. In her free time, writing is her passion. Whether it is sharing local events and businesses with readers or sharing her thoughts on life, she finds comfort in the way words can bring people together.
Tagged: 21SavageBeerbongs & BentleysClevelandJacobs PavilionPost Malone