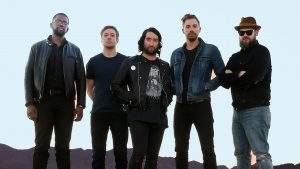 The band is best known for the number-one hit song “Hey There Delilah”, which achieved platinum status in 2007 and earned two Grammy nominations, as well as “1, 2, 3, 4” and “Rhythm of Love” which turned platinum in 2009 and 2011, respectively.

Advanced general admission tickets are $25 and $30 on the day of the show. You can purchase tickets online at https://www.ticketmaster.com/plain-white-ts-house-of-blues-cleveland-presented-cleveland-oh/venueartist/41724/832627.

Tess Abney
Tess Abney is a freelance writer who was born and raised in the Quad Cities. She spends most of her time attempting to successfully raise three boys. In her free time, writing is her passion. Whether it is sharing local events and businesses with readers or sharing her thoughts on life, she finds comfort in the way words can bring people together.
Tagged: ClevelandEventsHey There DelilahHouse of BluesPlain White T’sThings To Do