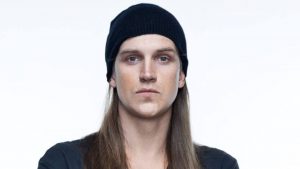 Cinema icon Jason Mewes is best known as the potty-mouthed vocal half of Jay and Silent Bob, the on- screen comedic duo who first appeared in Kevin Smith’s seminal 1994 indie film Clerks. Mewes would reprise the character five more times on the big screen from 1995 to 2006, becoming a sort of James Bond of mid-90’s low budget film—a fast talking, foul-mouthed, over-sexed but ultimately harmless and likable guy. Bugs Bunny with a boner.

Ticket prices vary and can be purchased online at https://www.standupmedia.com/comedyreservation/fullprocessing/sectionselection.aspx?csid=c42eda2e-adaa-4aef-8e59-09bc362a1fb1&clubid=751c5ad7-fc92-4d78-a0ef-b7942a2d898a.

Tess Abney
Tess Abney is a freelance writer who was born and raised in the Quad Cities. She spends most of her time attempting to successfully raise three boys. In her free time, writing is her passion. Whether it is sharing local events and businesses with readers or sharing her thoughts on life, she finds comfort in the way words can bring people together.
Tagged: ClevelandCleveland ImprovComedy ClubEventsJay and Silent BobJay MewesThings To Do