Laughter will ensue at the Cleveland Improv this weekend! 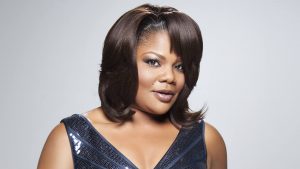 Mo”Nique is a multi-media powerhouse whose consistent, extensive body of work has captivated audiences in standup comedy, television, film and literature. The award-winning comedienne’s career began 20 years ago after her brother dared her to take the stage for the first time in their hometown of Baltimore, Maryland. She received a standing ovation which instilled the confidence that led to performances on “Showtime at the Apollo,” HBO”s “Def Comedy Jam,” “Apollo Comedy Hour,” HBO”s “Snaps,” BET ”s “Comic View,” The Montreal Comedy Festival and Uptown Comedy Club. Before long, the single mother of one decided it was time to step out on faith and quit her job at the phone company, so she could become a star.

Tess Abney
Tess Abney is a freelance writer who was born and raised in the Quad Cities. She spends most of her time attempting to successfully raise three boys. In her free time, writing is her passion. Whether it is sharing local events and businesses with readers or sharing her thoughts on life, she finds comfort in the way words can bring people together.
Tagged: ClevelandCleveland ImprovComedyEventsMoNiquestandupThings To Do