Laughter will ensue at Cleveland Improv, this weekend! 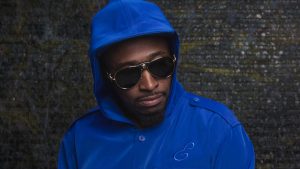 A popular comedian turned actor who started his career on-stage as a dare, Eddie Griffin, has built an ever-growing fan base since jumping onto the comedy scene in 1990.

Born in Kansas City, Missouri, Eddie was voted class clown three years in a row in high school. His first love was always dance and by the young age of 16, he opened his own dance studio and was choreographing the Kansas City Chiefs half-time shows. But all of that would soon change when one night his cousin dared him to go on stage at the local comedy club Sanford and Sons where he was told to do 3 minutes. He performed off-the-cuff for 45 minutes successfully. It was then that Griffin purchased a one-way ticket to Los Angeles to pursue his dream of becoming a stand up. In only one short month, he was a regular at the renowned Comedy Store, where he was compared with esteemed talents such as Richard Pryor, Redd Foxx, and Lenny Bruce. After only 2 short months, Griffin was chosen to open for Andrew Dice Clay at Madison Square Garden that kicked off a 22-city tour.

Tess Abney
Tess Abney is a freelance writer who was born and raised in the Quad Cities. She spends most of her time attempting to successfully raise three boys. In her free time, writing is her passion. Whether it is sharing local events and businesses with readers or sharing her thoughts on life, she finds comfort in the way words can bring people together.
Tagged: ClevelandCleveland ImprovComedyEddie GriffinEventsThings To Do